BROKEN 2.0 by Michael Benisty - I was out here shooting and young woman stumbled towards me in tears. She was a complete mess. She was a new burner and had been completely lost in the dust for three hours out in deep playa near the trash fence and she could not figure out how to get back to her camp. She was shaking and weak. She was out of water and having a panic attack. So I gave her water and offered food which she didn't want. I tried to calm her down a little. That wasn't working very well so I kept telling her everything was going to be fine while I dragged her back to her camp. The camp was Feed The Artists if memory serves. After I got some of her campmates' attention they looked after her and gave her the support she needed. She was in good hands so I went back to shooting. She later sent me a text saying how thankful she was that I had helped her. I had almost forgotten how disorienting and scary the dust storms can be for new burners. 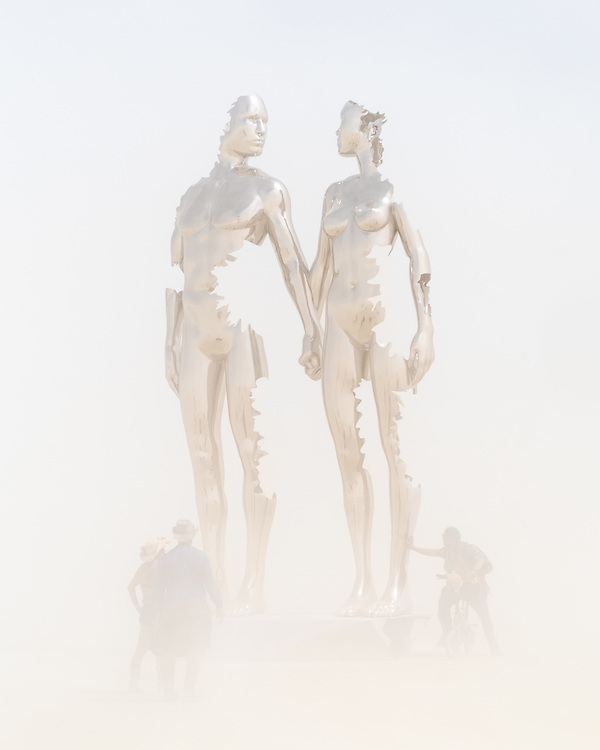